Use Discount Code: SAVE25 for 25% Off Your First Order

Answered: Is CBD Oil Legal? Worried that buying CDB could come with legal repercussions? Put your mind at ease with this in-depth answer to the question, ‘Is CBD oil legal?’

The sky is falling…at least, according to the CBD industry. Thanks to the DEA, the industry, and their customers, have had to deal with a concerning question: is CBD oil legal? The answer is a bit more complicated than you might think. Keep reading for your complete guide to the current legal state of CBD oil.

The short answer? It depends on who you ask. Marijuana has been used in herbal remedies for centuries. In recent years, medical marijuana and its derivatives, including CBD oil, have become increasingly popular as a supplemental medical treatment for cancer.

It’s not just for cancer patients, though – CBD oil has a number of surprising health benefits.

But before we ask the big questions – is CBD oil legal, can the police arrest you for possession, what is the meaning of life – let’s take a look at the ins and outs of CBD oil’s legality to see where we are now.

The truth is, the question, “Is CBD oil legal?” has always had a messy answer.

Under the Controlled Substances Act, cannabis and its derivatives are categorized as a Schedule I substance, which means they’re legally defined as a dangerous drug with no medical benefit.

That’s at the federal level. At the state level, individual states had begun to legalize psychoactive cannabis.

All that changed with the Farm Bill in 2014. Well, some of it changed.

The bill included a provision that allowed states with legal hemp laws to begin licensing growers for research purposes. The term research was broadly defined to include market research or sales of products related to hemp, including CBD oil.

Crucially, the government was also restricted from using funds to prosecute anyone involved in these programs.

Congress seemed to have answered, “Is CBD oil legal?” with a tentative yes.

Good news for the hemp industry, which could begin answering important questions. Like whether CBD oil could work as a treatment for schizophrenia.

So, naturally, the DEA came along and made everything more complicated.

On December 14, 2016, the DEA answered the question, “Is CBD oil legal?” with a definitive no. They added a notice to the Federal Register that they had begun the process of classing CBD as a Schedule I drug, alongside psychoactive cannabis.

What was the logic? According to the DEA, CBD oil was already illegal because it and all CBD products still contain trace amounts of THC, the psychoactive, illegal main ingredient in cannabis.

What made the classification different was that it included CBD-only products as well.

FYI: THC and CBD are not the same things.

What is a Schedule 1 Drug?

While we’re covering the semantics of, “Is CBD oil legal?” we should also talk about what a Schedule I drug is.

The DEA classifies certain drugs, substances and certain chemicals used to make drugs into five schedules that define their severity. Drugs are classified based on two key factors: the acceptable medical use and the abuse/dependency potential.

Schedule V drugs are considered the least harmful, particularly because they’re regarded as having the lowest addiction potential.

You can sense where this is going, right?

Schedule I drugs, where the DEA currently classes marijuana, are drugs with no acceptable medical use and a high potential risk for abuse. Other Schedule I drugs include LSD, heroin, ecstasy, and peyote.

The Fight over CBD Oil

Naturally, the CBD industry was not pleased. Enough so that they sued.

According to them, Congress had already answered, “Is CBD oil legal?” definitively through the Farm Bill and the Appropriations Act.

Besides that, the DEA’s ruling would have a major negative impact on patients using CBD products for approved medical purposes and would throw a wrench in the booming CBD commerce.

More recently, the DEA issued clarifications, first doubling back and then stating that cannabinoids, including CBD and THC, fall under the CSA definition of marijuana.

So the DEA still considers CBD illegal under federal law. However, many states consider CBD legal and allow the legal sale of CBD products.

Confused yet? Don’t worry, it’s not a trick question.

Did the DEA Overreach?

According to the DEA? Of course not, no way they overstepped their bounds.

According to the CBD oil industry? Obviously, yes, of course, they overstepped their bounds.

See where things get complicated?

Ultimately, whether CBD is legal depends on who you ask.

Others…well, you can buy it. Nothing stopping you from how you want to spend your money. It just has the potential to turn into a rough day, legally speaking.

You’re the consumer. Make of that what you please.

Can the DEA Pass Statutes? Did They Pass a Statute At All?

The big sticking point is whether it is within the DEA’s power to pass statutes like this. According to the CBD industry, only Congress and state governments have the power to answer, “Is CBD oil legal?” by passing laws.

Opinions are similarly divided as to whether the DEA’s rule was legitimate. Paul Armentano, deputy director of the National Organization for the Reform of Marijuana Laws (NORML) sides with the DEA.

Why? Because according to Armentano, the rule has nothing to do with law enforcement and is thus within the DEA’s power.

Especially because, according to Armentano, CBD has always been viewed as illegal by the federal government, as evidenced by Congress’s efforts to remove CBD from the Controlled Substances Act. The efforts, according to him, wouldn’t be necessary if the government viewed these substances as legal. 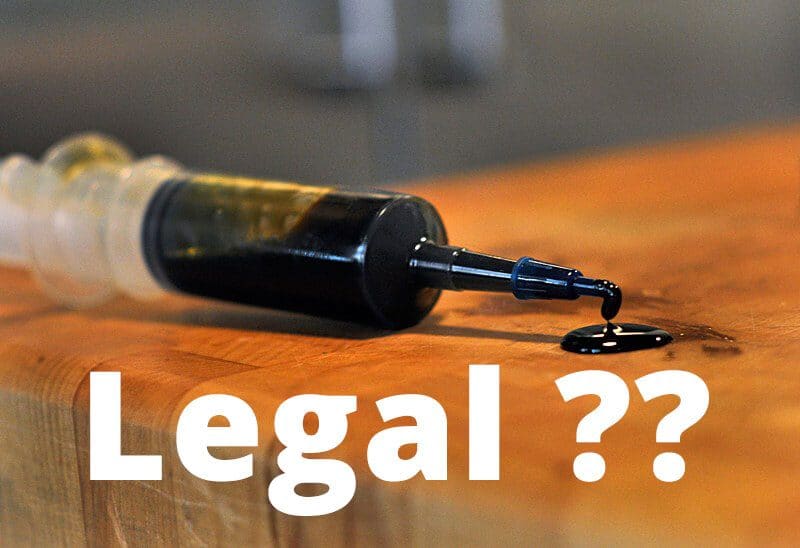 Where Are We Now?

The sky is not falling, for one thing.

It’s just a bit complicated, depending on where you are and who you ask.

Is CBD oil legal? It depends on where you are.

As we’ve stated, the federal government and the DEA view marijuana and CBD as illegal. However, 44 states currently have laws on the books that say otherwise.

How is that possible?

How is CBD Oil Legal at the State Level?

CBD, or cannabidiol, is one of over 100 cannabinoid compounds found in cannabis. The one people usually want when they’re looking to get high is THC. Unlike THC, CBD is not intoxicating.

That’s why CBD products are typically covered in states where medical marijuana is legal.

In more recent years, some states have passed CBD-only laws. These legalize CBD products, including possession and use, for certain qualifying conditions. These are often limited to epilepsy and some nerve and muscle conditions, and can only be products with very low levels of THC.

CBD is Legal to Own, but Not to Grow

It’s worth noting, however, that most CBD-only states do not allow licensed dispensaries, home cultivation, or a supply infrastructure of any kind.

Yes, you understood that right. Patients are legally able to use CBD products for medical purposes, but they have no means to actually obtain it.

It doesn’t make sense the longer you think about it. Trust us.

It’s important to note, however, that you can’t be prosecuted for possession. For producers, it’s a strange, slippery slope – they cannot be arrested for possession, but technically they’re not allowed to grow it and don’t have legal protections.

However, even in the six states where CBD is fully illegal and you can be punished with arrest, most law enforcement agencies don’t consider it a high priority in the grand scheme of drug problems.

The short version of the story? If you’re in a state that doesn’t consider CBD possession illegal (everyone except South Dakota, West Virginia, Idaho, Kansas, Nebraska, and Indiana) you’re perfectly within your right to own CBD products, especially those with a very low percentage of THC.

If you’re worried, nothing will get you as far as a doctor’s note.

The legal jungle created by the DEA’s 2016 notice didn’t just force us to ask, “Is CBD oil legal?” It also forced us to consider the relationship between CBD oil and hemp.

Fun fact: hemp is one of man’s oldest domesticated crops. It’s related to cannabis – just not the cannabis we like to use for getting high.

First things first: there are many varieties of the cannabis plant. Hemp refers to the non-psychoactive varieties – that is, the strains with less than 1% THC. It’s genetically and chemically distinct from marijuana.

That’s why it gets into sticky territory when asking, “Is CBD oil legal?”

Is CBD Oil Legal? Depends on Where You Sourced It

Thanks to our old pal, the 2014 Farm Bill, hemp production is legal if it takes place for research purposes as part of an approved agricultural pilot program.

Remember, this stuff has such low levels of THC that it isn’t considered psychoactive.

That’s important for the industry because the DEA doesn’t consider hemp a controlled substance. And according to them, the relative legality of a product depends on where it is sourced.

Because by this logic, if you sourced it from a non-psychoactive plant, then it cannot be considered a controlled substance.

As a general rule of thumb, this means that products which may contain CBD are legal (presuming that they are not psychoactive) but CBD isolate products are another matter entirely. So hempseed oil is legal, but CBD oil may or may not be.

Before you protest that it doesn’t make any sense, remember that technically speaking, CBD oil and hempseed oil aren’t the same things. Genetically and chemically, CBD and hemp are two different things.

So, in theory, you could derive CBD from hemp and be home free. But there’s disagreement as to whether that’s even possible (the whole genetically and the chemically distinct thing gets to be a royal pain in the neck.) 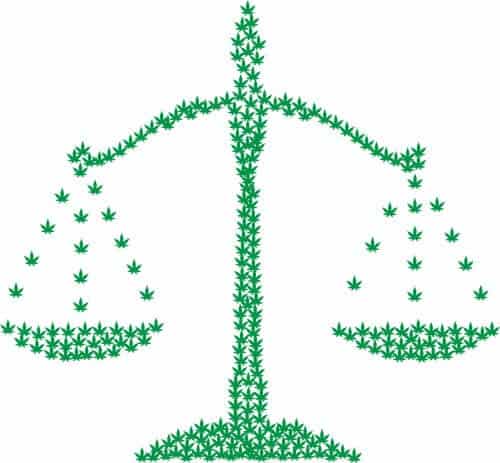 So…Is CBD Oil Legal? And Is It CBD?

Well, if you’re in Washington state, Oregon, Colorado, and Alaska.

It’s kind of strange, isn’t it? Not that we’re complaining.

You can be absolutely sure that the CBD content claimed is the actual CBD content in the bottle because products sold from licensed cannabis retail stores have to pass state-mandated lab tests for purity and potency. Otherwise, they can get seized.

Make of that what you will.

Good thing we’re based in Colorado. So, really, the short version of the story is, we’re legally able to sell CBD oil, and you can be assured that our products are high quality. It’s not just our quality assurance – it’s state mandated.

Great news for us. Even better news for you, the cultivated CBD connoisseur.

We’re a Colorado-based company focused on providing you the highest quality CBD oils on the market. Because we don’t believe in settling for anything less – and we’re pretty sure you don’t either.

Our CBD products cover everything from oils to balms to crystals and capsules. Really, whatever form works best for you, there’s a good chance we carry it.

Our blog also covers a wealth of CBD topics. If you’re a total beginner with CBD oil, check out our complete beginner’s guide to CBD oil.

A short sentence describing what someone will receive by subscribing

Stay up to date with the latest News and Promotions.

Free Shipping on all U.S. orders!

We have representatives ready to help out with all of your CBD needs.

Our payment processing is a secure way to purchase your products without the hassle.